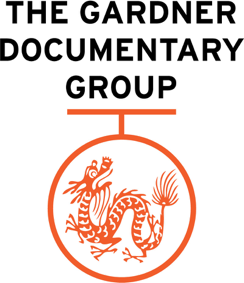 THE GARDNER DOCUMENTARY GROUP serves as a platform for creating documentary films with a focus on hidden history. In 2015, the Guggenheim Foundation awarded Janet Gardner a Fellowship in recognition of her body of work and in support of Quakers ~ The Quiet Revolutionaries.

Ms. Gardner garnered a number of industry awards following a trilogy of documentaries from the Vietnamese perspective. A World Beneath the War, nominated for an Emmy, explored the operation of secret tunnels during the American war. Precious Cargo, produced in association with ITVS, chronicled the return to Vietnam of the first generation of Vietnamese adoptees from Operation Baby Lift.  Last Ghost of War follows the court trials resulting from the grim aftermath of herbicides sprayed during the war.

Two more documentaries cover the Indochina War as it affected Cambodia. Dancing Through Death: The Monkey, Magic and Madness of Cambodia tells the story of Cambodian monkey dancers striving to rebuild their centuries-old tradition of storytelling after Asia’s most devastating holocaust. The compelling personal account of a former Khmer Rouge child soldier, Lost Child ~ Sayon’s Journey, has garnered awards at film festivals and was presented by WNET for broadcast on PBS stations from April 2015 to 2018.

Ms. Gardner was attracted to the little known story of 19th century inventor, industrialist and philanthropist Peter Cooper. Mechanic to Millionaire: The Peter Cooper Story won a CINE award and was funded in part by the National Endowment for the Humanities. 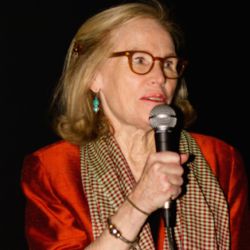 JANET PAXTON GARDNER is committed to giving history a human face. In 1990, she founded The Gardner Group, Inc. to direct and produce documentaries. Film credits include a trilogy about the history and culture of Vietnam: Emmy-nominated A World Beneath the War (PBS/Discovery Channels International, 1997); Precious Cargo (produced in association with ITVS (PBS/ National Geographic Channels International, 2001); and The Last Ghost of War (narrated by Kevin Kline, distributed by PBS International, 2007). Two films explored the Cambodian genocide: Dancing Through Death: The Monkey, Magic & Madness (PBS/ STARTV, 1999); and Lost Child ~ Sayon’s Journey (presented to PBS stations by WNET Channel 13 for broadcast, 2015). The NEH-funded Mechanic to Millionaire: The Peter Cooper Story was presented by ETV to American Public Television and broadcast on PBS stations in 2010. Her documentaries have received awards from the International Documentary Association, National Education Media Network, CINE, Casey Journalism Center and Society of Professional Journalists.

Ms. Gardner began her career as a field producer, film editor and news writer for NBC News and WNBC-TV, WRC-TV (Washington, D.C.) and CBS News. As a print journalist, she was a feature writer for The (Cleveland) Plain Dealer and contributed to The New York Times, Philadelphia Inquirer and Boston Globe. Ms. Gardner is an alumna of New York University’s Graduate Institute of Film and Television (now Tisch School of the Arts) and Cooper Union. 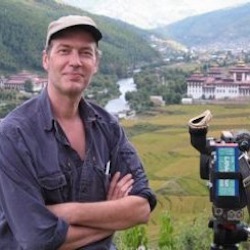 KEVIN CLOUTIER has collaborated with the Gardner Documentary Group since 1993 on documentaries broadcast on PBS stations and worldwide. They include Last Ghost of War, Precious Cargo, Dancing thru Death: The Monkey Magic and Madness of Cambodia, Mechanic to Millionaire: The Peter Cooper Story, Lost Child ~ Sayon’s Journey and Siberian Dream. Kevin has had a longtime relationship with CBS, during which he earned six Emmys for his work on CBS Reports, 60 Minutes and 60 Minutes II. He has also worked with Bill Moyers on programs for PBS and for United Nations television. 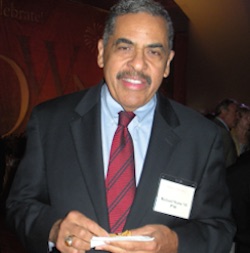 RICHARD A. NURSE, former Executive Director of the Crossroads Theatre Company, served as Assistant Vice President for Academic Affairs and Undergraduate Education for Rutgers University. He was also the first African American headmaster of a New England boarding school, the Stockbridge School in Lenox, Massachusetts. Mr. Nurse has degrees from Brown University and the University of Rhode Island. 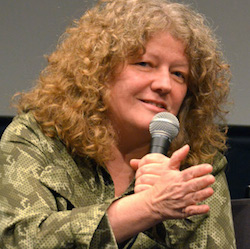 LAURA ISRAEL has worked with a number of New York based artists, including Jim Jarmusch and John Lurie. She worked with Lurie on his comedic faux documentary series “Fishing with John,” where Lurie travels to various locations in the world–Thailand, Jamaica, Maine–and goes fishing with his friends Dennis Hopper, Tom Waits, and Willem Dafoe. She has also served as editor on “Africa Unite: A Celebration of Bob Marley’s 60th Birthday” and “In the Hearts of Africa.”

Israel made the leap to directing her own documentary with the controversial 2010 film “Windfall,” a project that originated from her own experiences in the Catskill Mountains when the small town near the cabin she regularly retreated to plunged into a contentious debate about wind energy when some residents agreed to allow towering wind generators to be built on their land, and others opposed it. 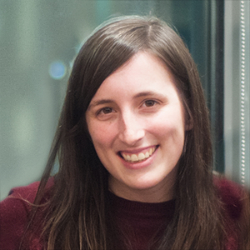 CHELSEA SMITH is a Brooklyn-based editor of documentaries, short films, and web content. She recently completed work on Defining Hope, directed by Carolyn Jones. Following the stories of patients with life-threatening illnesses (and the nurses who guide them), Defining Hope investigates the choices made by people facing end of life. The film premiered at the 2017 Heartland Film Festival, where it won best Best Premiere – Documentary Feature.

ELENA MANNES returns to the Gardner Documentary Group after her collaboration with Janet Gardner on Mechanic to Millionaire: The Peter Cooper Story.  Winner of eight Emmy Awards, she has produced, directed and written television documentaries and feature segments for PBS and commercial networks, among them The Music Instinct: Science & Song; Amazing Grace with Bill Moyers; On Our Own Terms: Moyers on Dying; and New York Underground, a history of the New York City subway. She is the author of “The Power of Music: Pioneering Discoveries in the New Science of Song.”  Ms. Mannes is a graduate of Smith College and has a master’s degree from Johns Hopkins School of Advanced International Studies. 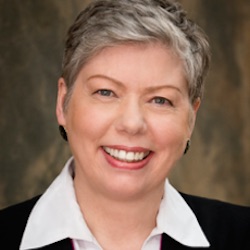 CYNTHIA EDWARDS joined the Gardner Documentary Group after an extensive career in opera production with the New York City Opera. Rights clearance and research, organizing film shoots, grant writing, creative consulting and office management make up her work for the company. Ms. Edwards graduated with honors from Butler University with a degree in music education.